8 Tips to Help You Wake Up Early in The Morning 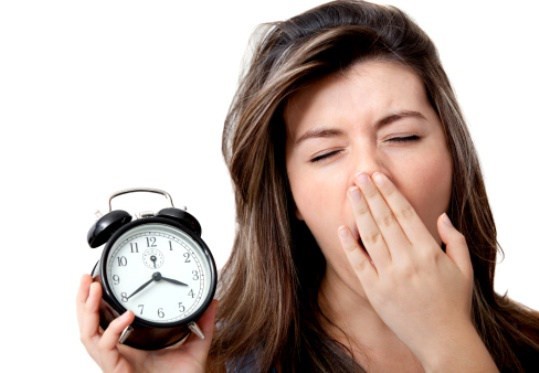 When it comes to waking up early in the morning, many of us will hit the snooze button and head back to sleep. It’s time to trick your mind and become more disciplined.

To effectively wake up early there are lots of things you can do. Before you know it, you’ll be jumping out of bed, you’ll feel better throughout the day and you’ll also get more sleep!

Could waking up early also make you more successful?

Waking up early is actually a common trait among successful CEOs like Apple’s Tim Cook, Yahoo!’s Marissa Meyer and Twitter’s Jack Dorsey. They all swear by an early morning routine, meaning they’re up and at it before their competition have even gotten out of bed.

Hopefully with these useful tips, you’ll find waking up early easier and you’ll start reaping the benefits too.

Give yourself a reason to wake up early

Keeping yourself motivated is one of the most important elements of getting out of bed in the mornings. This could be making sure that you give yourself enough time for a morning run, a relaxing commute to work or even giving yourself something exciting to look forward to each day.

Go to bed at a reasonable time

It is suggested by Bupa health that those of us aged 18-65 should be aiming for between 7-9 hours each night to actually get a good night’s sleep. If you go to bed earlier then you’ll wake up earlier too. If you get an uninterrupted night’s sleep, you’re less likely to struggle getting up in the mornings.

The less you stimulate your brain in the hours before you go to bed, the easier it will be to wake up in the morning. If you keep your brain active late into the night, then it’ll be much harder to drift off to sleep.

Smartphones are the prime culprit here! Make your bedroom a gadget free zone and reap the benefits in the morning.

Blocking all light will make a noticeable difference. Along with using your smartphone, watching TV and leaving the light on before bed are all going to impact on your ability to wake up early in the morning.

Blue light from those screens disrupt your body’s secretion of melatonin, the hormone that regulated your sleep cycle.

By simply sticking to a schedule, you’ll be able to train yourself to become tired at certain times. You can readjust to waking up early by gradually setting your alarm back by 10 minutes at a time. Before you know it, waking up in the mornings won’t be quite so hard.

Going camping for a week could really help with this. Researchers have found that you can sync your body’s sleep schedule with the sunrise and sunset if you spend a week without artificial light such as smart phones.

Put your alarm clock on the other side of the room

Force yourself to get up by hiding an alarm clock on the other side of your room. This way, you’re up, out of bed and ready to start the day. You can now buy an alarm clock called ‘Clocky’ that runs away from you when it sounds, leaving you no choice but to leave the comfort of your bed. These are available at Amazon.com

Exercise in the morning

Morning exercise can help to energize you and get your ready for the day ahead. Exercising later in the day will also help you to relax and fall asleep quicker.

Go to the bathroom

Never underestimate the power of a cold shower! Going to the bathroom will help you to feel refreshed. Brush your teeth or washing your hair will slowly wake you up. You could also put the radio on too. Rock out to an early morning tune and you’ll be awake before you know it.

It’s as simple as that. When you wake up, get up. It’s so easy to lay in bed and waste time telling yourself you’ll get up in five more minutes. We know it usually doesn’t end up happening. Try just jumping out of bed when your alarm hits and turn it into a habit. With a little bit of motivation, this could be a simple option that works better for you.