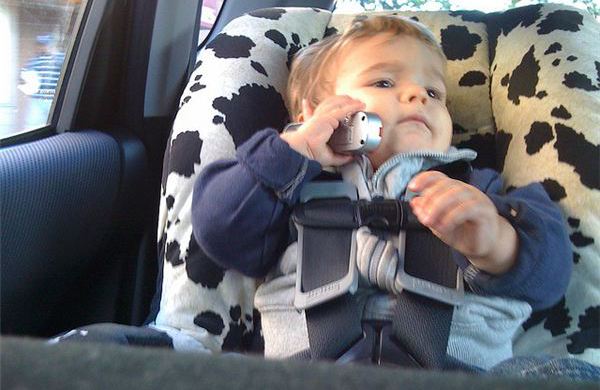 Whether it’s looking at a funny cat video on YouTube, commenting on a friend’s new profile picture, or just trying to get a new high score on Candy Crush – Parents who are spending too much time on their phones could potentially be putting their child at risk, warns a senior paediatrician.

New research conducted by the Child Accident Prevention Trust found that almost 25% of parents have been engrossed in their devices when their children have had an accident or near miss.

Dr Rahul Chodarhi, from the Royal College of Paediatrics and Child Health stated:“Accidents often happen when we’re distracted and mobile phones are increasingly to blame – whether it’s a teenager stepping out into traffic while instant messaging or a baby grabbing at a hot drink or biting into a liquitab while their parent is replying to a text.”

“It only takes a split second for an accident to happen so I urge parents and young people to adapt their behaviour.”

The research which comes during child Safety Week urged families to switch off their phones during busy periods in the day to help keep children safer.

CEO at the Child Accident Prevention Trust, Katrina Phillips, said: “Mobile phones are a godsend for parents under pressure – we can do the shopping, keep in touch with friends and family, and keep our children entertained.”

“But while we’re mesmerised by our mobiles, we’re putting children in danger. Serious accidents happen in seconds, often while we’re distracted, and mobiles are seriously distracting.”

But it’s not all bad news for mobiles, as this mother found when Siri saved her child’s life!

Stacey Gleeson who lives in Cairns, Australia, used Siri to call an ambulance when her one-year-old daughter stopped breathing

When Stacey entered the room to help her child, she dropped the phone as she turned on the light, but quickly shouted at the handset to activate Siri and told it to call the emergency services as she began CPR.

Ms Gleeson has said that without Siri she doesn’t know if her child Giana would still be here today!